Changing lives and transforming organizations through leadership, education, and consultation
Sign Up For A Class 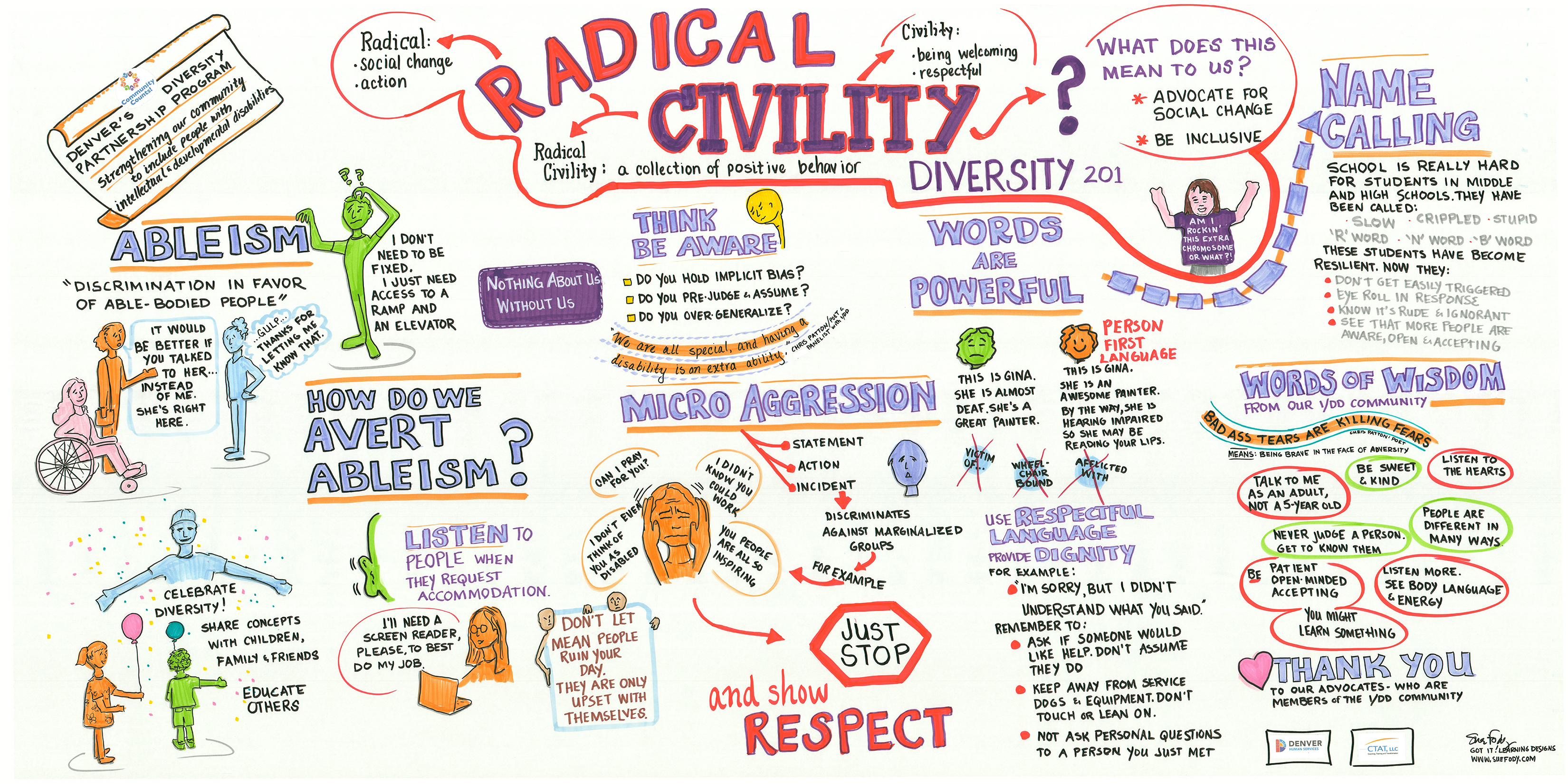 Words are powerful. They can build up others, or they can tear down people. They can bring a community together or drive a deep wedge between members.

Words and how we use them were some of the topics discussed during the at the Community Counts! Diversity 201: Radical Civility seminars for people with Intellectual and Developmental Disabilities (I/DD). The series, created by CTAT, LLC, in conjunction with the City and County of Denver, encourages inclusion for people with I/DD.

Words that people take for granted such as “special” when describing someone with a disability can have a profound effect. 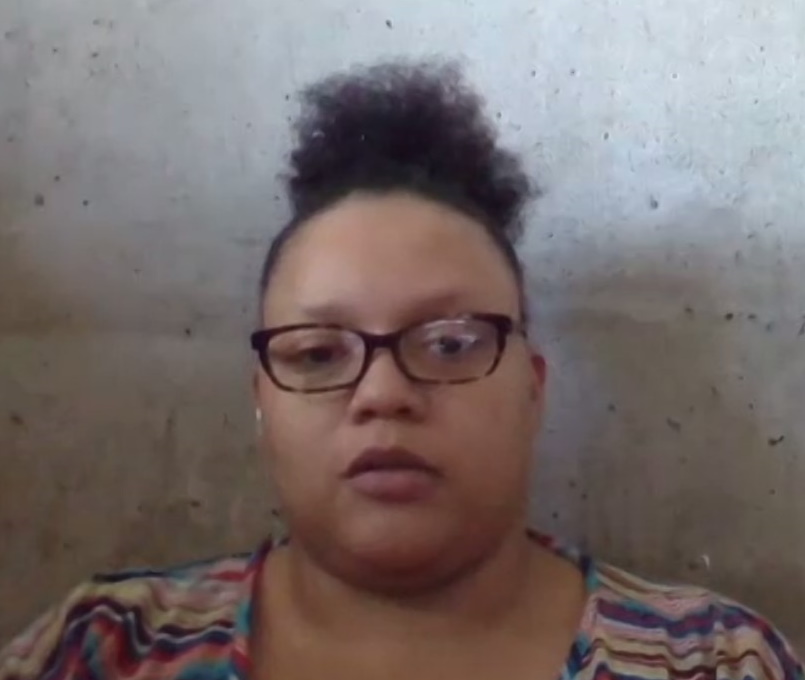 Panelist Brittany Murdock, who is an artist, says she ignores name calling, but the words “still hurt.”

“I don’t like being called special, unless I have a special talent,” said Brittany Murdock, who was born with cerebral palsy and one of the panel members at the Diversity 201 seminars. “I was called slow, crippled when I was younger. As an adult, I have tools to deal with it. I ignore the name calling, but words can still hurt. I try to not allow it to bother me.”

Facilitator Gayann Brandenburg described the purpose of the Radical Civility sessions is to work together for positive change, causing a large chain reaction.

“Civility is contagious if we make it part of our culture,” Brandenburg explained. “It’s showing regard for others by being polite. It’s self-awareness of how you respond to others. It’s a collection of positive behaviors that produce feelings of respect, dignity and trust.”

Another form of discrimination that many people are not aware of is ableism.

“Ableism is the discrimination of and social prejudice against people with disabilities based on the belief that typical abilities are superior,” Brandenburg explained. “At its heart, ableism is rooted in the assumption that disabled people require ‘fixing’ and defines people by their disability. 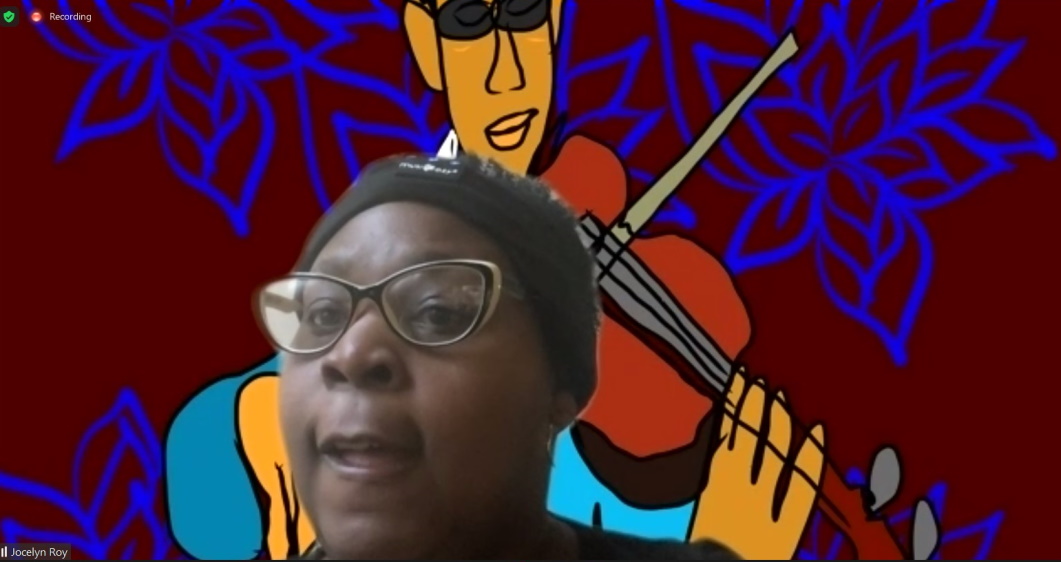 Mentor Jocelyn Roy says people judge her by the way she talks.

“Like racism and sexism, ableism classifies entire groups of people as ‘less than,’ and includes harmful stereotypes, misconceptions, and generalizations of people with disabilities.” 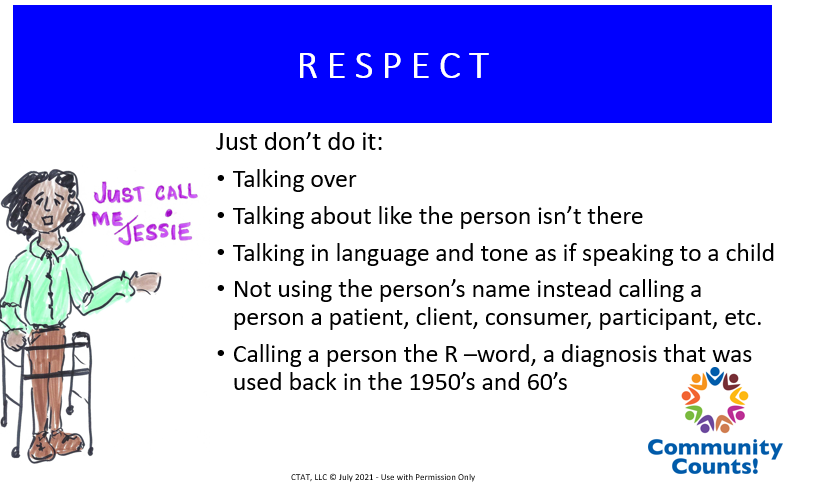 Even with the ADA being passed in 1990 there are still some ways people with disabilities face discrimination and include holding events in spaces that are inaccessible, framing a disability as being tragic, talking to a person with a disability as if they are a child, using a handicapped bathroom and questioning people with a hidden disability. 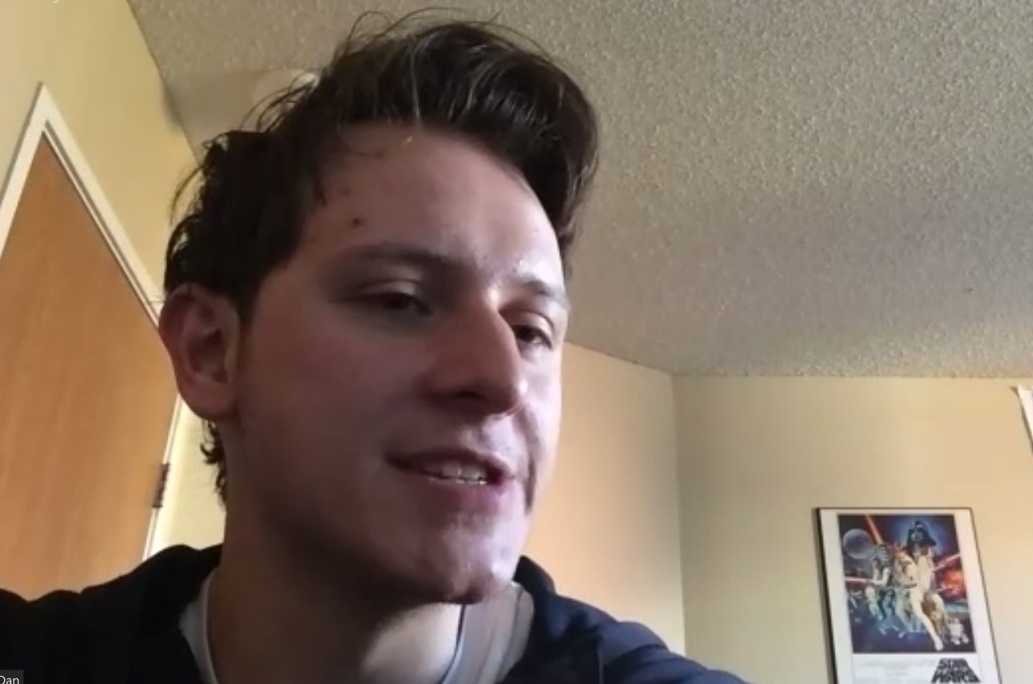 Panelist Dan Brazen says a person’s disability does not define them.

“My body developed, but my voice didn’t so I sound like a child,” mentor Jocelyn Roy said. “People judge me by the way I talk. It used to bother me when people called me stupid. But I am my own person now and I accept me and my body. It’s who I am, and I embrace it.”

Brandenburg said educating the public about diversity is a way to combat discrimination.

“The more aware and educated we are about diversity, the more we can come to appreciate our differences,” Brandenburg said. “In addition, we all have some implicit bias – meaning we unconsciously hold attitudes toward others and may associate stereotypes with them. This could affect our actions and our behaviors.  So, we need to be open to examining our beliefs, our experiences and our bias.”

One way to combat bias is to educate children about people with disabilities.

“I’ve seen parents pull their children away from people with an obvious disability,” said one of the webinar’s participants Kevin Pettit. “What happens is parents are creating fears in their children.”

Microaggression (everyday verbal or behavioral expressions that communicate a negative slight or insult in relation to someone’s gender identity, race, sex, disability) is another form of hostility that can take on various forms. Expressions such as “that’s so lame,” “you are so retarded,” “the blind leading the blind,” and “you are so inspiring” are just some of everyday speech that can have dramatic affects on people. 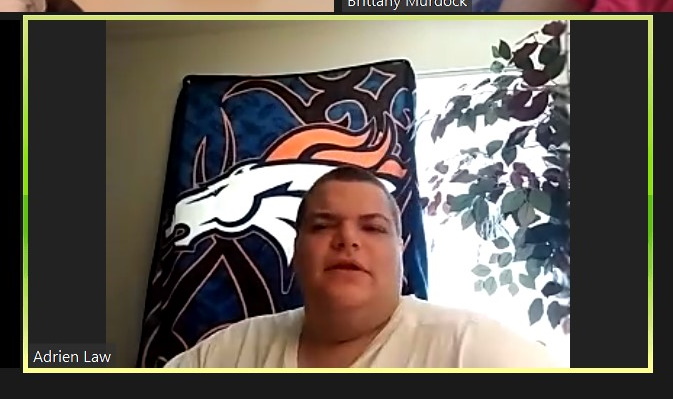 Panelist Adrien Law is an artist at Access Gallery and says he has found acceptance at the gallery.

Panelist Dan Brazen experienced microaggressions while working at a grocery store and added these suggests: “Never judge a person before you know them. Be accepting and be open to know that a person’s disability doesn’t define them. Just learn from them, and you might learn something.”

Another panelist Adrien Law said, “It’s unbelievable what some people can do. Here at Access Gallery, people with disabilities make a wide variety of art (sculptures, painting, digital art) and have fun. I have found acceptance here. I am myself, and I feel good about myself.”

Mentor Chris Patton said it succinctly when it comes to battling discrimination. “We all need to listen to one another more, not just talking, but body language and energy. It is important to see all sides of one another, but it requires us to pay close attention. It’s difficult, but it’s the challenge of connection, and we can do it. Really see each other, not just pretending to see.”

“We are more than our handicaps and disabilities.” Patton added. 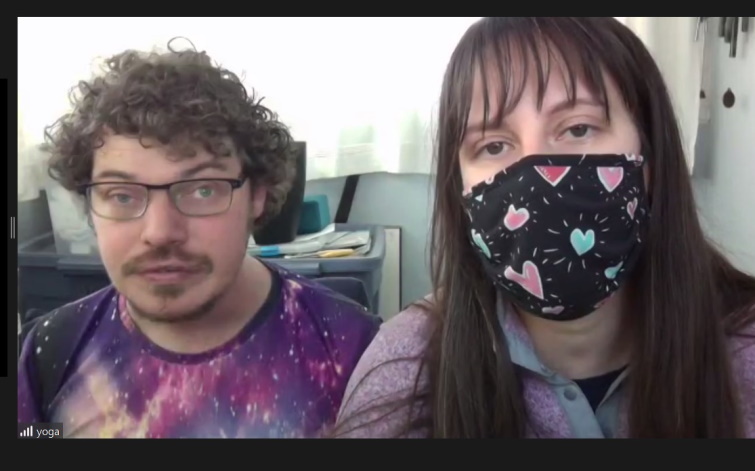 Mentor Chris Patton, a poet, says communication is difficult but it’s necessary to connect with those who are different.